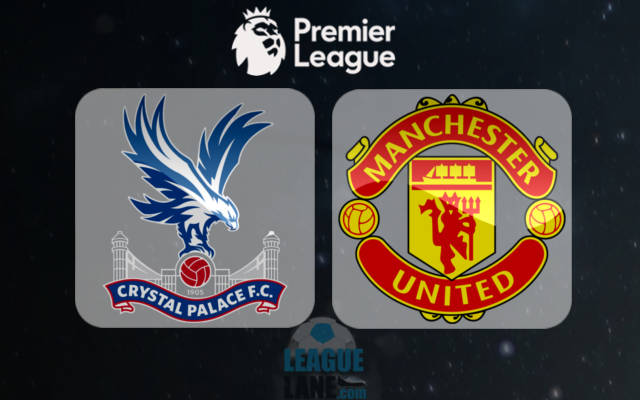 Manchester United will endeavor to get their pursuit of a top-four finish back on track when they travel to the capital to take on Crystal Palace in tonight’s clash.

Meanwhile, Palace has endured a dismal set of results recently, but the Eagles have little to play for in the final three games of the season.

While Palace was unfortunate to walk away from their London derby with Chelsea with nothing to show for their valiant performance, the weekend clash with Aston Villa was a completely different story for the South London outfit.

The Eagles are mathematically safe but are ending the season on a sour note, and Palace has now dropped to 14th in the table following their barren run over the past few weeks.

United also suffered a disappointment of considerable magnitude last time out, as their top-four hopes were dealt a huge blow by Southampton at Old Trafford. But this is a game that they will win.

Defenders Gary Cahill and James Tomkins are again absent because of injury, but Jeffrey Schlupp is available.

Manchester United duo Mason Greenwood and Luke Shaw both have ankle injuries and are being assessed, while Brandon Williams is a doubt after suffering a cut above his eye on Monday night. 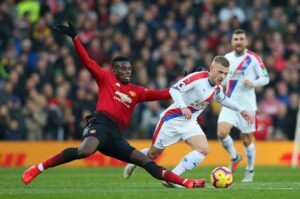 United are unbeaten in all 10 Premier League trips to Selhurst Park (W7, D3) – a competition record for most away fixtures against an opponent without ever losing.

Palace’s most recent home win over United was 3-0 in the old First Division in May 1991.

The Eagles have only scored 10 goals in the 21 Premier League meetings.

Palace has lost five consecutive league games and let in 13 goals – this directly follows a four-match winning streak without conceding.

This is their worst run of form since equalling the club top-flight record of eight successive defeats in 2017.

Since the restart, Palace has conceded 2.2 league goals per game, double their tally before lockdown.

Their total of 14 home league goals is three fewer than any other club.

The palace has scored first-half goals in just nine of their 35 league matches.

Ex-Manchester United player Wilfried Zaha made 12 Premier League appearances without scoring while on loan at Cardiff City in 2013-14, under manager Ole Gunnar Solskjaer.

Manchester United are unbeaten in 18 matches in all competitions (W13, D5). They haven’t had a longer streak since going 29 fixtures without defeat in 2010.

United have won consecutive away league games for the first time since they recorded six straight victories in February 2019 at the beginning of Ole Gunnar Solskjaer’s tenure as manager.

They have earned back-to-back away league clean sheets, directly following a run of just two in 20 on their travels.

The Red Devils have won all three of their midweek fixtures by a 3-0 scoreline since the restart.

Fernandes has been involved in six goals in his last four away league games – he has five goals and one assist.

Mason Greenwood is one goal shy of equalling the club record set by George Best, Brian Kidd, and Wayne Rooney of 17 goals in a season while still a teenager.

How Benjamin Mkapa Helped Kisumu Get His “City” Status