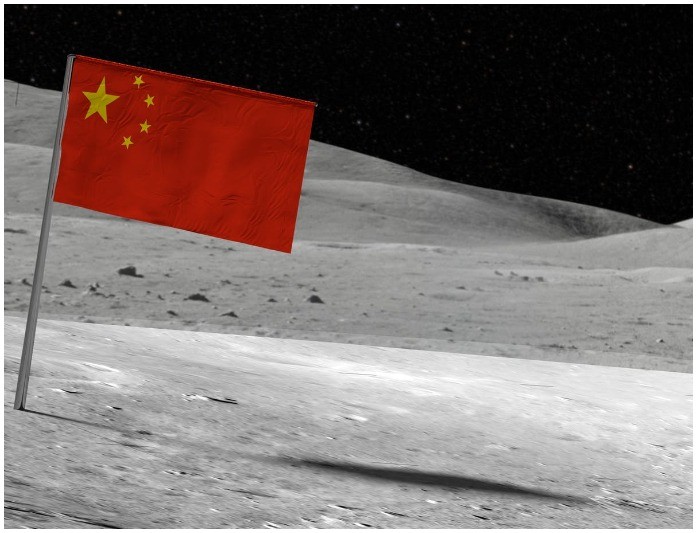 China has become the second country in the world, after only United States, to plant its national flag on the moon.

The pictures were taken by a camera on the Chang’e-5 space probe before it left the Moon with rock samples on Thursday.

The Chang’e-5 mission is China’s third successful landing on the Moon in seven years. China’s state-run Global Times newspaper said the Chinese flag was a reminder of the excitement and inspiration felt during the US Apollo missions.

US was the first country to plant its national flag on the moon during the manned Apollo 11 mission in 1969.

The first flag was said by astronaut Buzz Aldrin to have been placed too close to the Apollo lunar module and was probably blown away when the module blasted off while returning to earth.

Five further US national flags were planted on the moon surface during subsequent missions up until 1972.

So far only three countries – US, Russia and China have successfully landed probes on the surface of the moon.

The first human-made object to touch the moon was the Soviet Union’s (now Russia) Luna 2, on 13th September 1959. The United States’ Apollo 11 was the first crewed mission to land on the Moon, on 20 July 1969

A moon landing is the arrival of a spacecraft on the surface of the moon. This includes both crewed and robotic missions.

So far only the United States has managed to send astronauts to the moon and successfuly retrieved them back to earth.

US plan to send back humans to the moon by 2024. NASA’s Artemis program will land the first woman and next man on the Moon by 2024, using innovative technologies to explore more of the lunar surface than ever before.

Artemis III will be humanity’s return to the surface of the moon – landing the first astronauts on the lunar South Pole.

Apart from US, Russia and China, five other countries have conducted missions to the moon without necessarily landing on the lunar surface.

Missions to the moon have been conducted by the  nations and entities including; Japan, the European Space Agency, India, Luxembourg and Israel.

Related: China On The Verge To Retrieve First Moon Rocks