White People Are Getting Vaccinated At Higher Rates Than Black People

Bobi Wine’s Offers A Prayer After Casting At Magere 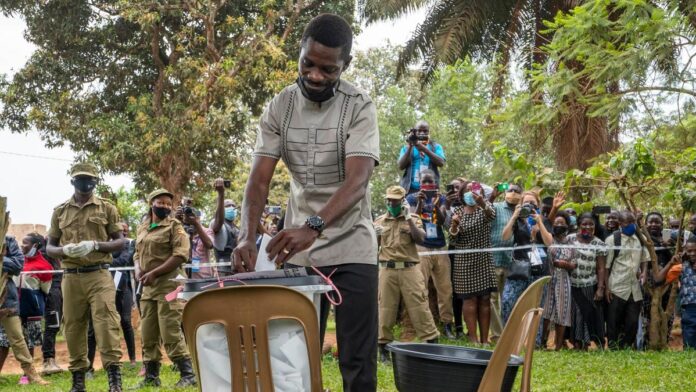 Three presidential candidates have already cast their votes in the highly contested presidential election that has attracted the interest of 11 candidates including the incumbent Yoweri Museveni.

Speaking to reporters after casting his vote, Bobin Wine said a new era of God’s reign has begun with a new group of leaders who fears God.

“Once voted into power, Uganda will emerge into a nation that fears God, with its citizens and religious leaders who fear only God and not fellow men,” Wine said.

The only female presidential candidate in the race to Uganda’s top seat, Nancy Kelembe, voted at Kyeyitabwa polling station in Muyenge, Makindye East.

Speaking after casting her vote the presidential candidate expressed her confidence that Uganda will have a peaceful transfer of power.

“I have cast my vote, I am leaving the rest to God. The situation is now out of control but the Bible says do not be anxious, God is in control,” said Kalembe.

She however condemned the internet shutdown saying the move by the communication authority exposes the current president, Yoweri Museveni as a dictator.

President Yoweri Museveni, an authoritarian who has ruled the country since 1986, is seeking a sixth term against a strong challenge from Bobi Wine. Nine other challenges are also seeking to dethrone Museveni.