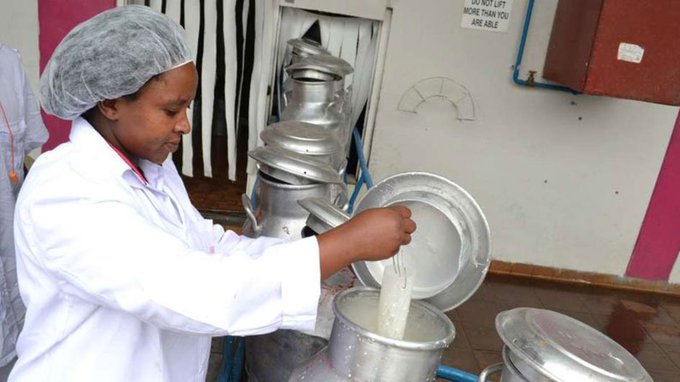 Kenyans are set to start buying milk at higher price with processors adjusting to the reduced supply of milk from farmers.

In the latest review, a half litre packet of the popular Gold Crown New KCC brand has gone up to retail at Sh52 from Sh50 previously with the same quantity for Brookside selling at Sh55, marking the first major rise in cost since 2018.

The high cost is attributable to a sharp decline in supply, leading to a spark in producer prices with then additional cost passed to consumers, signalling a rise in inflation as the food basket is a major contributor.

“This is obviously in response to the shortage in supply of milk and high cost of producer price, which has been going up of late,” said Livestock Principal secretary Harry Kimutai.

Processors have more than doubled the price of raw milk since March, following a decline in supply.

For instance, Brookside is paying 17 per cent more for a litre of raw milk, which pushed the cost to over Sh40 for a chilled commodity delivered at the firm in Ruiru. New KCC also increased its price by nearly the same margin.