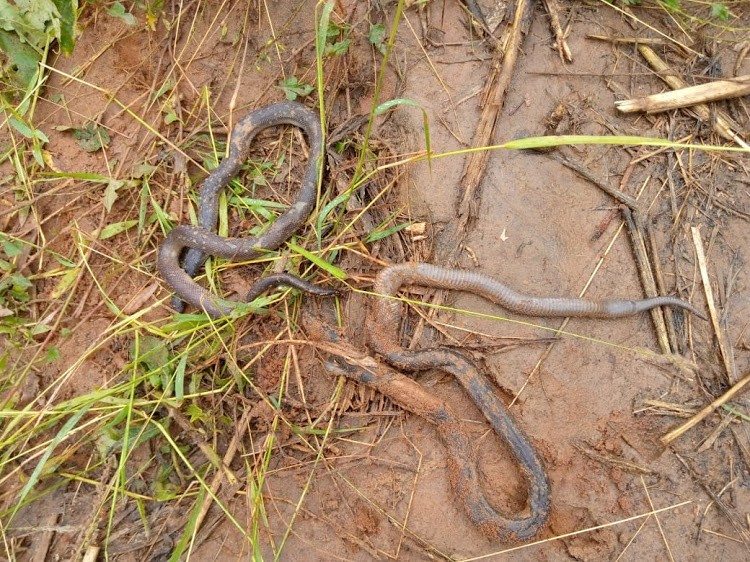 An unidentified woman dumped her newborn child in a 15-feet deep septic tank full of snakes moments after giving birth in the Mkaomoto area, Malindi sub-county.

The child was heard crying by a passer-by who alerted residents who came an rescued the child by going down the septic tank using a ladder.

From a video shared by the residents, the child was placed in an open box without clothes by the time he was rescued by the good samaritan.

Two snakes surrounded the child when he was rescued but luckily, the reptiles did not hurt the little angel.

It is believed the child was dumped in the septic tank after being born.

The man who rescued the little boy from the tank wrapped him with a leso and handed it to a group of women who were waiting outside.

“We will have to first go and wash him with warm water before he is taken to hospital,” a woman was heard talking in the local Giriama dialect.

The child was later taken to Malindi sub-county hospital and was assessed by the medical personal who found him in good condition.

The baby was later taken Malindi and the areas OCS Stephen Mwachia was seen carrying him. 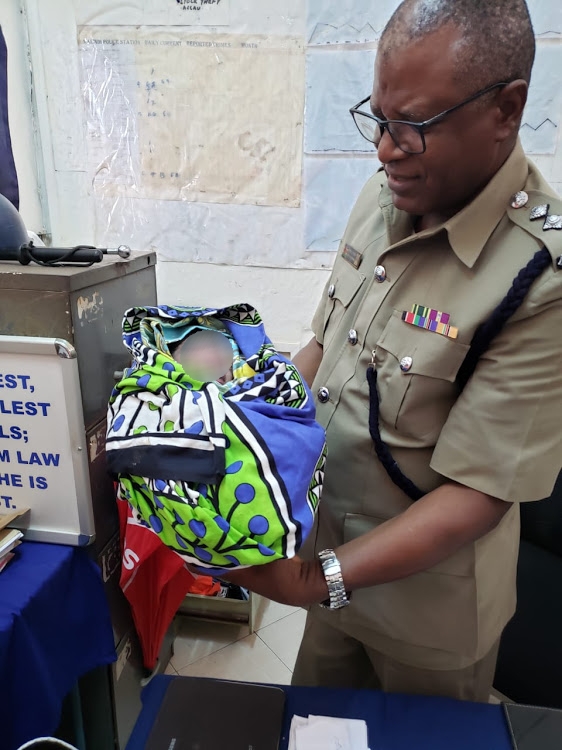 Malindi Gender-Based Violence who shared a video of the young boy thanked the OCS for supporting the boy by buying for his diapers, milk, and clothes.

Held Esliy a Gender-Based violence activist from Malindi told a local publication that she got the information about the child being rescued from residents.

She condemned the act and termed it inhuman and appealed with the authorities to deal with the matter conclusively so that the perpetrator of the act can be brought to book.

“Police are looking for the mother of the child. As a mother I condemn the act, a child is an angel how does one do such an inhuman act to an innocent soul?” she posed.