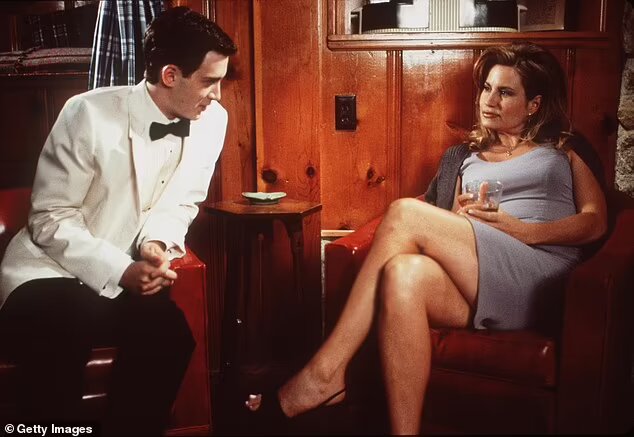 American Pie is one of the most popular coming-of-age s3x comedy Hollywood films ever produced.

The first movie was such a big hit that it led to the production of a sequel of nine movies from 1999 to 2020.

Most Kenyans aged 25 and above who have a knack for Hollywood movies probably have watched American Pie.

Jennifer Coolidge, who played the role of Stifler’s mom in American Pie, has confessed that she got laid a lot as a result of starring in the movie.

While portraying the matriarch of the Stifler family, she seduced her teen son’s classmate, Paul Finch (played by Eddie Kaye Thomas).

The 60-year-old actress while speaking during an interview with Variety revealed that she slept with 200 people thanks to her infamous role as Stifler’s mom in American Pie.

“There were so many benefits to doing that movie. I mean, there would be like 200 people that I would never have slept with,” she said.

The actress further revealed that she struggled to land major roles in movies before American Pie, adding that the movie opened doors of opportunity for her in matters bed and also for her acting career.

“Maybe I got this special attention because people saw me as Stifler’s Mom or the Legally Blonde woman. So if they see something else… People that I could never get in the door – all of a sudden they’re asking me to be part of their things,” she said.

Rotten To The Core! Miguna Miguna Exposes  Ida Odinga Revealing That She Is Worse Than The Late Lucy Kibaki