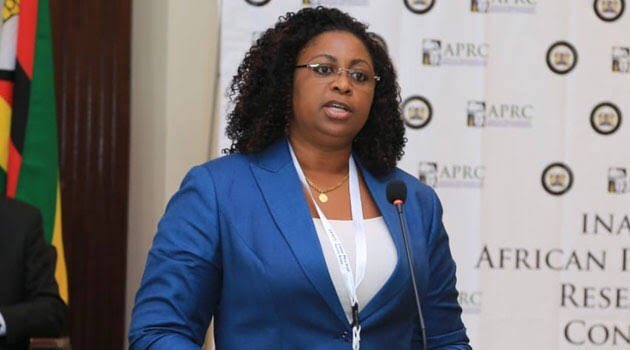 The Kilifi gubernatorial seat has attracted 7 candidates who are seeking to succeed the incumbent Amason Kingi who is serving his final term.

Malindi MP Aisha Jumwah is among those eyeing the seat and will be vying on a UDA ticket.

A debate for the contestants to defend their quests was hosted by KTN at Pwani University in Kilifi on Sunday but only four candidates managed to attend.

Jumwah was conspicuously missing thus raising questions about how such a vocal MP would miss out on such an important function.

Several theories over her  absence have been raised  with the major one being that she can not express herself in English. A spot check  however established that the debate was conducted in both English and Swahili languages.

Other netizens suggested that Kenya Kwanza leaders are scared of being questioned by the public whereas some claimed that Jumwa was  blank and does not have any agenda for the people of Kilifi. Below are some reactions from Kenyans.

“If you see someone is talking too much in Kiswahili then you should expect English is the problem,” a Facebook user stated.

“Tell them to skip electorate seats and go back to study for it, this politicians are joking with a Kenya academic curriculum by forging certificates and will not give them a chance to leads various seat until they come to know what’s a meaning of having a degree certificates ,” said another.

“Kilifi gubernatorial debate I knew @HonJumwacan not handle the heat plus she has nothing to tell the people of Kilifi apart from “kiuno”.

Several leaders allied to Kenya Kwanza have been skipping the gubernatorial debates. Others who failed to show up for similar debates include Susan Kihika(Nakuru), Moses Kuria(Kiambu) and Cleophas Malala(Kakamega)

RELATED STORY:Earth Is Hard For Amason Kingi As Ruto Makes A U-Turn On Their Kilifi Deal

Trump says he ‘often’ regrets his tweets and retweets