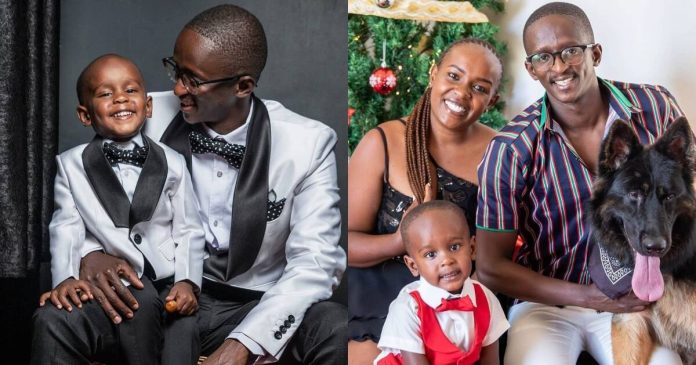 Njugush has publicly discussed why he stopped his son’s availability on social media. Over 142,000 people have subscribed to Tugi’s YouTube account.

Njugush claimed that the majority of the material was recorded at home when they spent most of the time together.

In a recent YouTube interview, Njugush admitted to Mungai Eve that their son’s time has been primarily occupied with school work. He also revealed that Tugi has little time with his parents now and returns home exhausted after school.

“Tugi is not a content creator, we were recording things that he does willingly,” Njugush said adding that Tugi’s content does not require scripting.“So until he is doing that, we cannot post anything else.”

“He is also very busy at school and so when he is home, he just sleep or we are just playing. He cannot just come from school and I start recording him,” Njugush adds.

He claimed that on occasion, Tugi has moments they wish to record but he declines.

In light of this, they have chosen to simply give him room to be a normal kid. However, they do capture some moments, which is one of the benefits of the internet. Since there is no obligation to post immediately, he can choose to keep it until an appropriate time to share.

READ ALSO:Terrible things that made Kajala break up with Harmonize