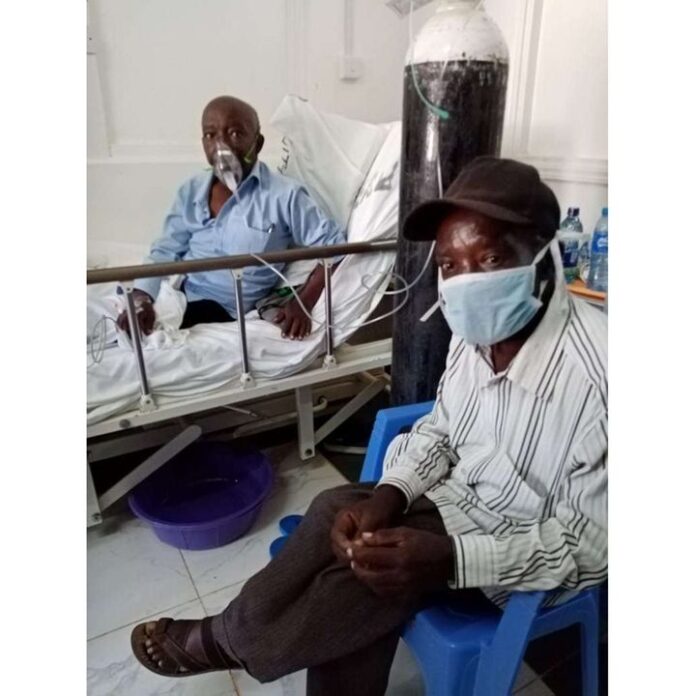 Two families in Kitui are in grief following the death of twins which occurred on the same day.

The twins – Onesmus Susa Mati and Gabriel Mutei Mati, died just hours apart after having spent most of the day together.

The daughter of one o the twins reportedly said Onesmus had been admitted to Kitui Referral Hospital with kidney problems with the doctors recommending dialysis.

The following day, Gabriel went to visit his twin and spent the whole day together having a lengthy conversation and even shared a meal.

“Our uncle left for home at around 5 pm and promised to call my father in the evening. They never spoke because my father’s condition grew worse that evening,” Kalau Susa recounted as reportedly by a local publication.

Upon reaching Gabriel reportedly became sick that night upon which his health rapidly deteriorated and developed breathing complications.

Gabriel’s wife, Florence Mutei said at 3 am her husband complained of chest pains and passed at the dawn of January 8, as they were preparing to take him to the hospital.

Meanwhile, Onesmus’s health was also deteriorating prompting th doctors to put him on a life support machine as they arranged a transfer to Nairobi Women’s Hospital.

At the time, Onesmus had not been informed of his twin’s death, yet he was calling out for him saying he would soon join him.

“Despite being critically ill, my father kept mentioning his brother’s name and telling him he is on the way. It is like he knew his twin brother was already dead,” Kalau said.

The ambulance to transfer Onesmus left Kitui for Nairobi at around 10 am accompanied by his daughters and nurses.

Unfortunately, he passed just 20 km into the journey, five hours after his twin brother. The bodies of the 63-year-old twins were taken to a Tribute Funeral Home in Kitui Town.

In honor of their strong bond, the two families have agreed to organize a joint funeral service, according to reports.

Related: Only Woman On Death Row In US Saved From Jaws Of Death By Last minute Court Injunction