A Bus Driver, 52 Deliberately Crashed And Killed 21 People After His House Was Demolished 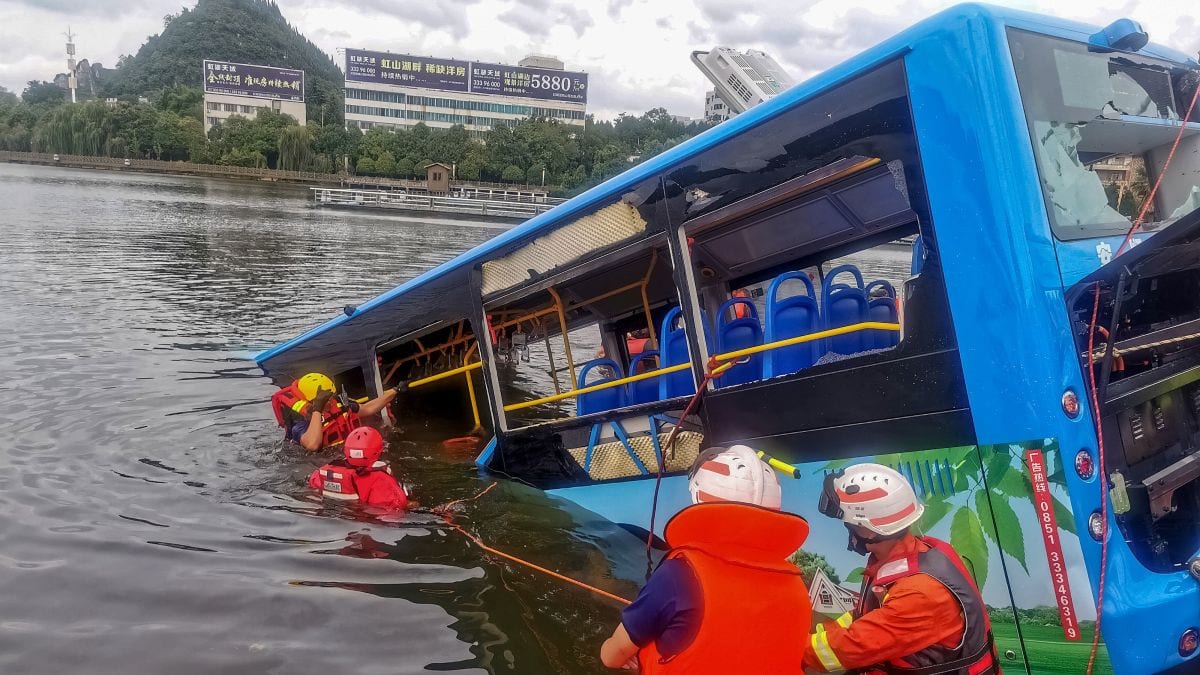 A 52-year-old bus driver deliberately crashed a bus full of passengers into a reservoir in southwestern Chine, a few hours after discovering his house had been demolished, authorities said Monday.

The police report says twenty-one passengers died while 15 others were injured after the bus swerved across five lanes, smashed through a guard rail, and partially sank.

On the bus were 12 students, five of whom died. Some of the students who died were about to sit for their college entrance exams – gaokao.

The driver who was identified as Zhang was also killed in the incident.

“Zhang was unsatisfied with his life and with the demolition of his rented public house. To get noticed, he committed an extreme criminal act,” the Anshun police statement said.

The police said, Zhang usually begins his shift at noon, but on a fateful day, he asked another driver if he could start earlier.

Just after 9 a.m, Zhang is said to have bought a bottle of baijiu – strong Chinese alcohol, before he poured it into a plastic beverage container.

Zhang is also said to have sent his girlfriend a voice message on popular messaging app WeChat, expressing “world-weary” feelings.

Zhang was seen drinking from a plastic beverage shortly before he drove the bus into the reservoir. At least 200ml of the drink was found by the police near the crash site.

State-run media China Daily reported that Zhang had been given the rental property when he worked at a diesel engine factory in Anshun’s Xixiu district. According to the police, he hadn’t lived there for some time.

According to China Daily Zhang had known the house was marked for demolition as part of a “shantytown reconstruction project. He had applied for compensation and new housing, but while he was offered $10,360 for losing the house, he didn’t claim it and was turned down for new accommodation.

On the day of the crash, Zhang realized that the house had been demolished, leaving him homeless.