25 Embu Residents Arrested For Not Putting On Masks 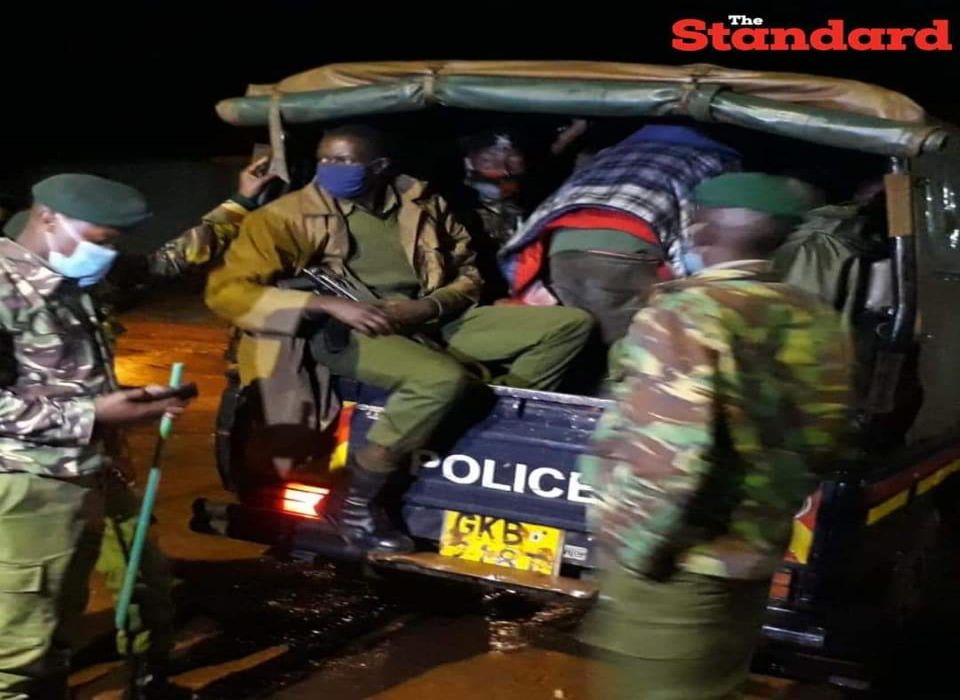 25 Embu residents were arrested by police officers for not putting on their face masks as proposed by the government to contain Coronavirus.

The arrest comes in the wake of an ongoing government crackdown against those breaking these COVID-19 rules. The operation started across the country yesterday after President Uhuru Kenyatta imposed even tougher measures. Bars were banned from operating beyond 9 pm like previously when bar revelers exceeded the proposed 10pm. Others even went beyond 11pm.

The move saw police officers storm various bars and rounded up those who operated beyond the proposed time limit. Even Kenyans roaming the streets without face masks were not lucky.

The 25 suspects were taken to the Embu police station to record statements. According to Embu police boss MR. Charles Kinyua, the lawbreakers will be arraigned in court come Monday. However, they will be granted the option of police bond to avoid cell congestion and further spread of Covid-19.

Embu OCPD confirmed the arrests and he said that the arrests were overdue following the second wave of Coronavirus in Kenya.