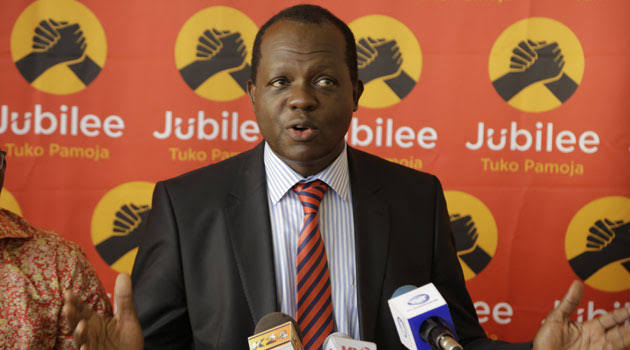 The loans were for the construction of Sh100 million two-storey, flat-roofed bungalows sitting on a 20-acre forested land dubbed Entim Sidai and purchase of a 94-year-old bungalow built by a Scottish missionary, Dr Albert Patterson, which currently operates as a high-end restaurant.

But the development of the 12 luxury homes worth Sh1.2 billion has fallen behind schedule, setting the stage for defaults and asset seizures.

Mr Tuju blamed EADB for the delayed construction of the homes after the lender declined to provide additional money for building the luxury houses in breach of the loan agreement.

Mr Tuju accused EADB of disbursing Sh932.7million instead of the agreed Sh943.9 million, adding that the bank had reneged on the plan to offer Sh294 million for building the luxury homes for sale.

This has forced Tuju to move to the Judicial Service Commission (JSC) to sack a judge presiding over the case.

In a petition before the JSC, Mr Tuju accuses High Court judge Mary Kasango of siding with EADB in her handling of the dispute over a Sh1.6 billion debt.

Mr Tuju’s firm, Dari Ltd, was placed under receivership in January over debt owed to EADB, although the politician has appealed the decision.

ODM Bigwigs That Managed To Retain Their MP Seats So Far