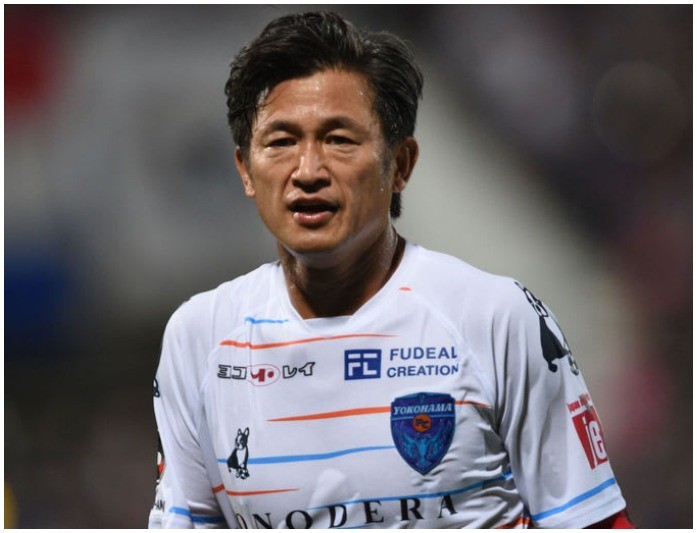 The world oldest football player who is still active on the pitch – Kazuyoshi Miura is not planning to retire just yet.

King Kazu, as he is popularly known in Japan, signed contract extension with Yokohama FC for another season.

The 53-year-old player will be turning 54 on February 26th, just a day before the Japanese 2021 J-League campaign kicks off.

King Kazu has been playing for Yokohama FC for 15 long years, having joined the club in 2005 from Vissel Kobe.

The quinquagenarian started out his professional football career in Brazil when he travelled there alone at the age of 15.

He signed with Clube Atletico Juventus, a youth club in Sao Paulo, and in 1986, Miura signed his first professional contract with Santos. He played for several other Brazilian clubs including Palmeiras and Coritiba, until his return to Japan in 1990.

Miura then became the first Japanese footballer to play in Italy, joining Genoa in the 1994–95 Serie A season. He returned to Japan to play for Verdy Kawasaki for the 1995 season and played with them until the end of the 1998 season.

He made another attempt at playing in Europe with Croatia Zagreb in 1999. He returned to Japan, however, following a brief trial with Bournemouth, in the same year, and played with Kyoto Purple Sanga and Vissel Kobe, before eventually signing for Yokohama FC in 2005.

The oldest football player signed contract extension with Yokohama FC for one more season. It will be his 17th season with the club and his 36th overall.

The world’s oldest football player helped Yokohama to secure promotion to Japan’s top division at the end of the 2019 season, but played only four times in the 2020 season.