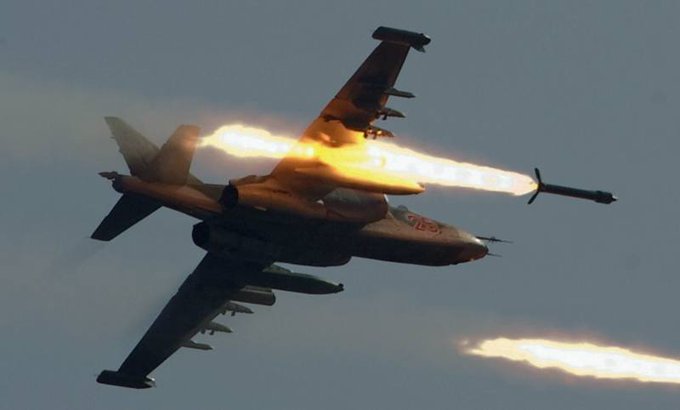 US military forces are seeking Kenya’s permission to carry out airstrikes on the Qaeda-linked Al-Shabaab fighters in portions of Kenya.

According to New York Times, the decision to carry out airstrikes which must still be approved by Defense Secretary Mark T. Esper and then President Trump, do not necessarily mean the United States will start carrying out drone attacks in Kenya. Nevertheless, they would give Africa Command permission under certain circumstances to expand the counter-terrorism drone war into another country. 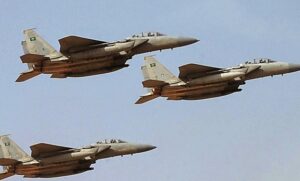 This decision has been prompted by the Al-Shabaab attack,January, at Manda airstrip and US Military camp which killed 3 American soldiers.

US military were planning to launch an airstrike attack after that attack on their camp but lacked protocal to do so from the Kenyan authorities.

But according to the officials, who spoke to the publication on the condition of anonymity, the draft guidelines would theoretically authorize not only drone strikes in self-defense of American troops or collective self-defense of partnered Kenyan forces, but also offensive strikes intended to pre-empt a suspected threat — like if officials uncovered intelligence about preparations at a compound to assemble a car bomb.

Several officials noted, however, that Kenya has a stable government and capable security forces. As a result, the officials did not expect the authorities to prompt the United States to carry out frequent drone strikes there, if any. Still, they said they could envision a situation in which a drone would be the only realistic option to try to pre-empt a terrorist operation.

The draft plan was said to contain limitations. Among them, the military would be permitted to conduct strikes only in a portion of Kenya, two officials said. One specifically identified the potential strike zone as Garissa and Lamu Counties, which encompass the air strip camp at Manda Bay and the nearby border region with Somalia.

Moreover, the Kenyan government would have to consent to any strike — a major difference from Somalia, whose provisional government has essentially given the United States blanket permission to carry out strikes when it sees fit. The American military would also have to consult with the U.S. ambassador in Kenya. 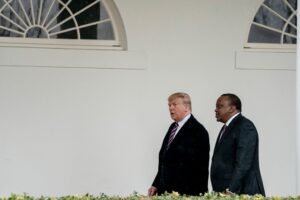 In addition to the military’s desire for expanded authorities, President Uhuru Kenyatta asked  Trump during a White House visit in February for additional counter terrorism assistance, including “armed aerial support” to help combat the Shabaab, a senior American official said.

Do you think Kenya should allow US Military to carry out drone attacks in the country ?

Outrage as Chinese man is made a chief in Ghana

The DCI has arrested two police officers stationed at Mbururu Police Post in Kakamega County in connection with the murder of one suspect. The suspect...
Read more

The DCI has arrested two police officers stationed at Mbururu Police Post in Kakamega County in connection with the murder of one suspect. The suspect...
Read more
Politics

Vocal Tangatanga  MP Sylvanus Osoro found the going tough in his own constituency and was forced to run for his dear life when he...
Read more
SONKONEWSLionhearted & Connecting The Dots