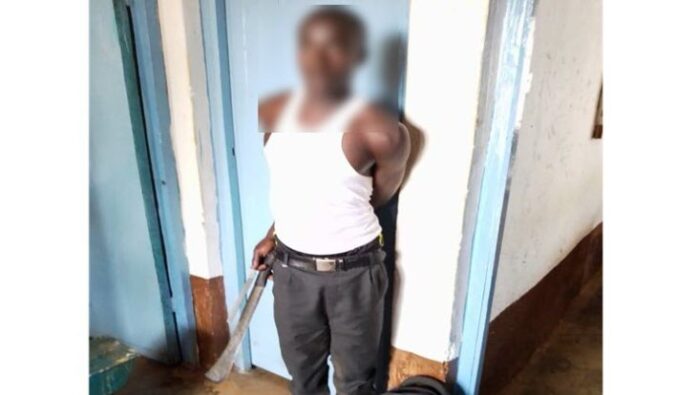 A high school student has been arrested in Nyamira County after allegedly attempting to hack his deputy principal on Wednesday morning.

The 1-year-old student is said to have seized within the school compound while armed with a machete and a bastard file by teachers by teachers who rescued the deputy principal from the failed attack.

According to the police report, the Form Two student rushed to the office of Deputy Principal Jared Morara and attempted to kill him using a newly sharpened panga.

However, the deputy principal called for help, and members of the support staff and other teachers went to his rescue.

The school principal, Kennedy Ogecha said the police have already taken over the matter.

“The police are currently investigating the matter and the student has been arrested,” he said.

One of the victims, Edwin Mokaya, sustained deep injuries in the forehead after the student is said to have attacked him after refusing to be punished for reporting late to class.

The student reportedly took a knife and stabbed the teacher causing him injuries in the head.

The second teacher, Elvis Maoto suffered injuries in the wrist when he tried to prevent the student from attacking his colleague.

The two teachers were rushed to Ram Hospital in Kisii where they are currently receiving treatment.

Kisii County Police Commander jebel who confirmed the incident said they have launched investigations into the incident.

“We have dispatched a team of detectives to commence a probe,” he told a local publication.