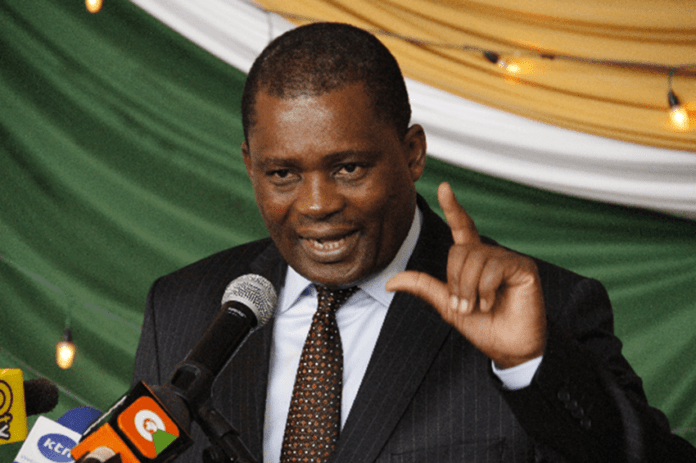 The speaker made the announcement through a gazette notice dated December 18, 2020.

The MP who was receiving treatment at the Nairobi Hospital for an undisclosed sickness reportedly died on Friday morning, December 4, 2020.

Deputy President William Ruto eulogized Lusweti as a “progressive, selfless and enterprising leader who has been instrumental in the unity and transformation of the Western region”.

According to Ruto the MP was a faithful force for development and cohesion.

Lusweti, a member of the Ford Kenya party was serving his second term.

Lusweti first joined the Parliament as a legislature after the 2013 general elections when his predecessor, Moses Wetang’ula, vied for the Senate post and won. Kabuchai was split from the larger Sirisia constituency.

Before being elected as a Member of Parliament, Lusweti served as Chwele Ward Councilor between 2008 and 2013.