Police Investigating Man Who Killed His Wife And Hanged Her Body 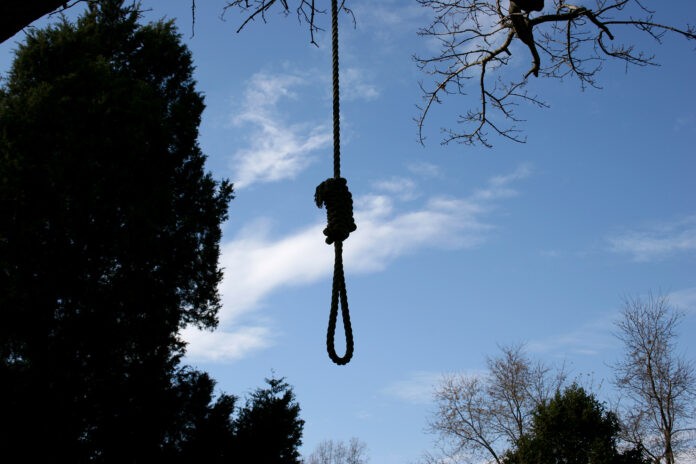 Detectives from the  Directorate of Criminal Investigations (DCI) are investigating a suspected murder case in Embu where a man is believed to have killed his wife on Tuesday night, January 12, before faking a suicide a nearby mango tree.

The DCI said they found the body of the 34-year-old woman was closely tied and inclined to the tree at a sitting position about 500 meters from her house.

The preliminary investigation established that the deceased had taken supper together with her husband – the suspect- around 9 pm on the day for the incident, moments before he turned on her with blows and kicks.

On Wednesday morning the suspect, Martin Mugendi is said to have taken their young daughter to a neighbor’s house before heading to his usual workplace.

Search for the deceased by her neighbors begun when she could not be seen anywhere within the neighborhood, with her husband saying nothing when asked about her whereabouts.

The suspect will remain in custody as the detectives continue to probe into the suspected murder.

The body of the woman has been taken to a local morgue awaiting an autopsy exam.