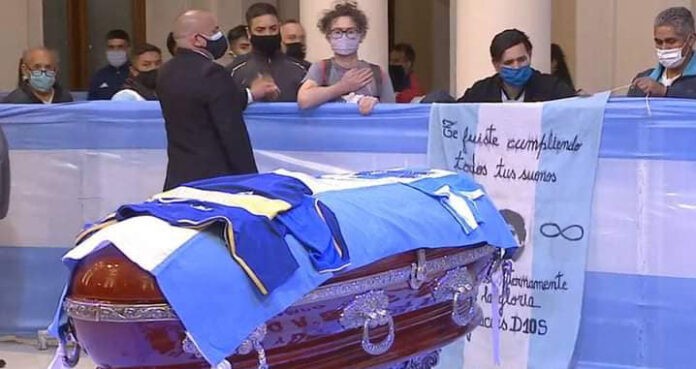 A mortuary attendant  has been fired after posing for a sickening picture next to the open coffin of Diego Maradona.

The shocking image shows the man giving the thumbs up next to the 60-year-old’s body.

The man is understood to have been tasked with preparing Maradona’s body for the wake. The owner of Sepelios Pinier funeral parlour confirmed to local media that the employee has been sacked.

The picture, which has been shared on social media, garnered a very angry response. 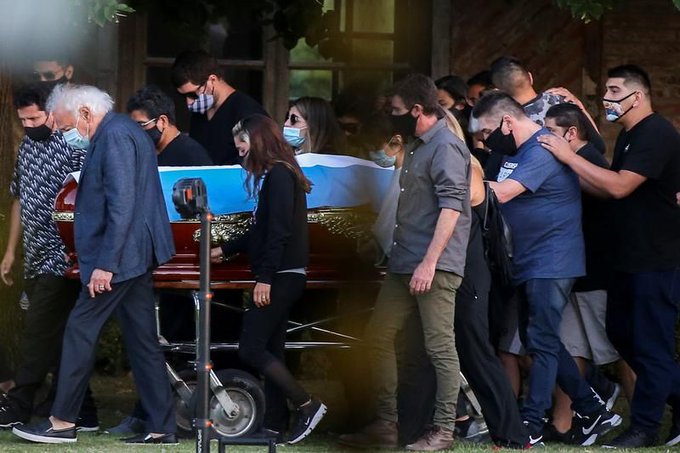 One Twitter user wrote: “He should be stripped of his Argentinian citizenship. You don’t do something like this. Complete lack of respect.”

While another warned: “Don’t retweet it.”

Maradona died in his sleep on Wednesday after he suffered heart failure, causing a pulmonary edema.

The World Cup winner had been recovering at home in Tigre after leaving hospital on November 11 following a brain blood clot operation.

A preliminary post-mortem detected a dilated cardiomyopathy, a medical condition in which the heart muscle becomes weakened and enlarged.

Maradona’s body was taken to the presidential palace in Argentina on Thursday morning, as people gathered to pay respect to a national treasure.

Fans also gathered outside the Buenos Aires stadium, where the 60-year-old began his career and which has since been renamed to honour Maradona.

Among those to pay tribute to Maradona was the pope, who said he will remember the Argentine in his prayers.

RELATED POST:Maradona Laid To Rest In A Grief Filled Affair