First African Catholic Bishop of Meru Silas Njiru could be buried in 2035 at the St Joseph Cathedral in Meru town.

Bishop Njiru, who died aged 92 on April 28, while undergoing treatment at an Italian hospital was one of the first prominent Kenyans to die of Covid-19.

He had been living at the Blessed Joseph Allamano House of the aged run by the Consolata Missionaries in Alpigano, Turin, Italy, when contracted the disease.

He died and at the Rivoli Hospital after three days in the Intensive Care Unit.

The diocese of Meru says Italian authorities have ruled out bringing back the remains of the bishop in the short run and the earliest date that could happen is 2035.

“We were very keen to bring the bishop to the seat of the diocese – the cathedral where he should rest alongside his predecessor Bishop Lawrence Victor Bessone,” said Father David Kaberia who is in charge of the Meru Cathedral parish.

The bishop’s body is temporarily buried in Turin after Bishop Salesius Mugambi issued a deed to the Consolata Missionaries’ Superior and the Holy See in Rome allowing temporary interment.

“That was only because it was not possible to bring the remains immediately for interment in the seat of the diocese,” Fr Kaberia added.

The Catholic has a long-running tradition of burying their bishops in crypts below the cathedrals they served.

This practice of building crypts was drawn from the persecution of Christians and the believers who were buried in these caves when they died.

Patricia Ann Kasten writes in ‘Making Sense of Saints’ that the first churches were built near or directly over the graves of martyrs.

In 787 AD, the Second Council of Nicaea, a Catholic sitting, decreed all new churches would be built with relics of saints placed inside altars.

Father Kaberia added that the word Cathedral itself emanated from Cathedra which is a bishop’s official throne according to Mirriam Webster Dictionary. 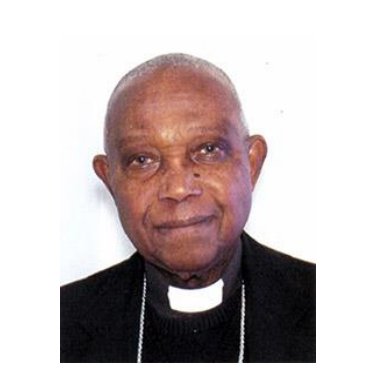 The Meru Cathedral which is officially called St Joseph Cathedral has 12 crypts according to Father Kaberia.

Because of Covid-19 restrictions, only 15 people mostly Catholic clergy people attended the Meru memorial service in honour of Bishop Njiru on May 5 led by Bishop Mugambi.

A larger crowd of about 40 attended a subsequent memorial service days later at his birthplace in Kevote in Embu parish after the Embu County government relaxed the Covid-19 protocols in place at the time.

At the Meru cathedral memorial service, Bishop Mugambi described his retired predecessor as a humble servant of God.

“You never went to Bishop Njiru with a problem and left without a solution,” Said father Kaberia.

Bishop Njiru was in 1928 at Kevote Parish, Embu. He schooled at Mujwa Seminary, St Paul’s seminary in Nyeri and in Uganda.

He was ordained on December 17, 1955, by Bishop Victor Bessone. He served as an assistant parish priest in Tigania, Amungenti and Mujwa parishes before being appointed the Director of St Pius Seminary Nkubu in 1961.

In August 1968 he left for Rome for a master’s degree in Pastoral Theology at St Peter’s College and was appointed as rector of St. Thomas Acquinas, Nairobi in 1971.

In 1974 he was recalled to Meru diocese by Bishop Bessone and appointed as Vicar-General. On January 1, 1976, he was consecrated as an auxiliary bishop and was appointed the Bishop of the Meru on December 18, 1976, following the death of Bishop Bessone.

He retired in March 2004 and joined an Italian monastery. In 2018 he retired at Castello-Alpignano, a home for the elderly in Italy.

RELATED POST:Bombshell As Kenyan Man “Resurrects” In A Morgue In Kapkaet