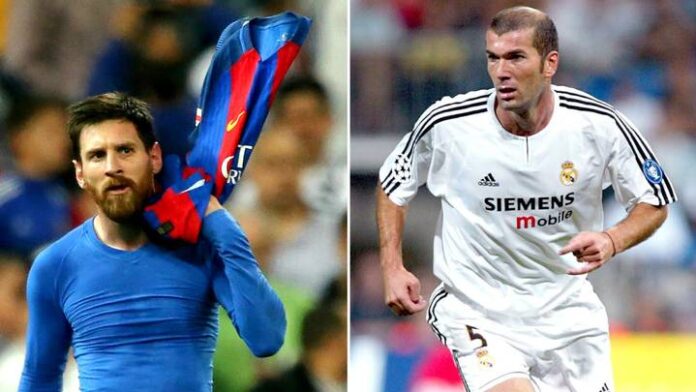 Imagining football without Diego Armando Maradona is near-enough impossible, but sadly he passed has passed away aged 60.

Not only was the Argentine maverick one of just a handful of footballers who have truly transcended the beautiful game, but he was also indisputably one of the most talented players to ever set foot on a pitch.

Michael Jordan, Tiger Woods, Muhammad Ali, and Lionel Messi all lay claim to being true sporting superstars. There can be no doubt that Maradona features on this prestigious list.

But what made ‘El Pibe de Oro’ so special?

The fact is, whether you love or hate him, Maradona was always remarkably difficult to ignore.

In Argentina and Naples, however, it’s more simple: he is a God.

Raised in a shantytown in the province of Buenos Aires, Maradona was given a ball to play with aged three and never looked back.

A short and tenacious playmaker renowned for his incredible dribbling skills and ability to create something out of nothing for himself and his teammates, he helped win titles at every club he played for in Argentina, Italy, and Spain.

The pinnacle of his career came at the 1986 World Cup in Mexico where his extraordinary displays propelled him to world stardom.

And no match encapsulates both his genius and madness as perfectly as the quarter-final against England.

Maradona showed the world he possessed those traits in both of his goals – arguably two of the most famous goals in football history.

His first came after he punched the ball over the despairing leap of Peter Shilton and into the back of the net.

Later declaring the goal as the ‘Hand of God’, Maradona even had the audacity and arrogance to celebrate a goal in front of the same linesman who failed to see the infringement.

His second was a work of art, rightly described as ‘The Goal of the Century’ as he slalomed through the English defense before slotting home.

In total, he played in four World Cups and scored 34 goals in 91 international appearances for Argentina.

It was at Napoli where Maradona reached the peak of his professional career.

He was handed the captain’s armband soon after arriving and was seen as the savior of the club.

He elevated the team to the most successful era in its history in a period when North-South tensions in Italy were at breaking point due to the economic differences between the two peninsulas.

Under his leadership, they won their first-ever Serie A Italian Championship in 1986/87, and just like that his DNA was ingrained in the history of the city.

Mock funerals for Juventus and Milan followed with a new Neapolitan empire declared, while murals of Maradona were plastered across ancient buildings and newborn children were named in his honor.

The next campaign, Maradona formed a blistering trio with strikers Bruno Giordano and Careca – duly named “Ma-Gi-Ca” (magical) – and they steered Napoli to a second league title in 1989/90 to send the city into an unprecedented euphoria.

But having risen to become arguably the most famous sportsman on the planet, Maradona’s life quickly became embroiled in controversy.

His appetite to party became prominent whilst playing for Barcelona in the 1980s, and, to the dismay of the sporting world, his career trajectory took a downward spiral when he tested positive for cocaine in 1991 and received a 15-month suspension.

Three years later, there was more trouble and another suspension when he tested positive for ephedrine during the World Cup in 1994.

With his physical skills diminishing with each passing day due to injury and his over-indulgent lifestyle, the twilight of Maradona’s playing career back in his native Argentina.

He returned to Boca Juniors – the club he spent a solitary season at in 1981/82 after breaking onto the scene at Argentinos Juniors.

After two years at Boca, he would soon announce his retirement on the eve of his 37th birthday in 1997.

Nevertheless, like his playing days, the drama was never too far away from Maradona when he retired.

Having been hospitalized for heart problems in 2000 and 2004, Maradona took center stage once more when he was hired to coach the Argentina national team in 2008.

And despite boasting the likes of Lionel Messi in his ranks, his stint as the national team coach came to a cruel end following a 4-0 thrashing by Germany in the 2010 World Cup’s quarter-finals.

The divisive and controversial nature of Maradona has often led to criticism throughout his life, but many believe it made him an enigma, essential to his character.

He will always remain the prodigal son in Argentina, a man who rose from humble beginnings to become a global superstar.

And his friends, foes, coaches, and distant admirers were certainly enamored with the incredible talents he possessed on a football pitch. And we’ve taken a look at their views below…

Manchester United legend Cantona said Maradona’s ability to guide his own country to glory in the World Cup on his own is what makes him stand out as a cut above the rest.

“Some say Pele was the greatest player of all time, but not me. Maradona will always be the greatest,” the Frenchman said. “He won World Cup in 1986, narrowly lost in the final in 1990 and then in 1994 maybe would have won it again had he not been banned.

“The crucial difference with Pele is that Maradona wasn’t surrounded by great players; he had to carry the team himself. If you took Maradona out of Argentina they would not win the World Cup, but I think Brazil without Pele would still have won.”

Legendary France midfielder Zidane, who, like Maradona, steered his nation to a World Cup in 2002, was in awe of the Argentine’s talents.

“He left his mark on me, on my mind, especially in 1986 because he was sensational at that time,” he said. “It’s really at that moment that I became aware of the player he was, making differences as he did.

“He won games single-handedly. That’s the extra thing he had over the other players. In 1986, he was on another level.”

Even the great Brazil and Barcelona icon Ronaldinho, one of the most skillful players of his generation, was shocked at Maradona’s sublime technique.

“Diego Maradona was special. I always enjoyed watching him, including everything he did even before the matches,” he said.

“He was the most playful; the one I liked the most in that sense of playing with the ball. Maradona could dribble at speed towards the goal. He had such a different technique from everyone else.”

Many believe Messi has eclipsed his talent, but the Barcelona man often says his idol Maradona is the best player in history.

”Even if I played for a million years, I’d never come close to Maradona,” he said. “Not that I’d want to anyway. He’s the greatest there’s ever been.”

The Manchester United icon, who played alongside Cristiano Ronaldo, says Maradona did things that no other player has done.

“Today there are so many strong players such as Lionel Messi and Cristiano Ronaldo, but the things I have seen Maradona do I have not ever seen anyone else achieve in football history.”

“He’s definitely the best player there’s ever been in my eyes. He had pace, great skill, and an unbelievable desire to win.”

“For Maradona to win a World Cup on his own, and let’s face it, that’s what he did as the rest of the team were ordinary, was an amazing achievement. He was the best player I’ve seen.”

“A genius, a real artist, one of the greatest players in the world. He could win a match on his own. On his own.”

“With him on the ball, you didn’t know where he finished and where the ball started.”

“The best player there has ever been, better than Pele. I watched him closely in Italy every week and he was at a different level to everyone else.

“Some of the things he did were unbelievable. He could control the ball without looking, which meant if the pass was on, he would take it.”

Lineker couldn’t believe his eyes when Maradona stunned the world with his solo goal against England at the World Cup in 1986.

“He was head and shoulders above everyone else I’ve ever seen. I once played in a Rest of the World game, and Maradona was out on the pitch doing these tricks and all these great players – Zico, Platini, Elkjaer – were standing there with their mouths open.

“When Diego scored that second goal against us, I felt like applauding. I’d never felt like that before, but it’s true… and not just because it was such an important game. It was impossible to score such a beautiful goal. He’s the greatest player of all time, by a long way. A genuine phenomenon.”

“The greatest player I’ve ever seen, way ahead of everyone else, including [Michel] Platini, [Karl-Heinz] Rummenigge and the rest. Maradona was a cut above.”

“For my generation, Maradona is the greatest player we’ve seen and I don’t believe that will ever change.”

He said: “Maradona is a God to the people of Naples. Maradona changed history. In 80 years, we had always suffered, fighting against relegation, yet in seven seasons with him, we won two leagues, a UEFA Cup, two Italian Cups.

“I’m a fan too and to live those years with Maradona was incredible. Being on the pitch when they won the Scudetto was amazing.”