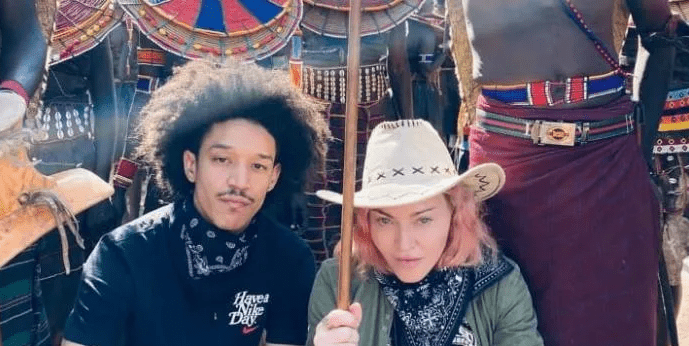 American legendary singer, songwriter, and actress Madonna surprised Baringo residents as she made a surprise visit to the county in a chopper.

The award-winning artist also made stops at Samburu where she freely mingled with area residents and was amazed by the rich culture the country has preserved for centuries.

Speaking after visiting Baringo Valley, the pop star was owed by the tradition of the people of Pokot as she joined them in a dance.

Visiting the Pokot Tribe in the Baringo Valley was a special moment for all of us. They invited us to dance with them and shared their daily prayer of thanks. 🇰🇪 #pokot #kenya pic.twitter.com/52B6PNSUN0

“Visiting the Pokot Tribe in the Baringo Valley was a special moment for all of us. They invited us to dance with them and shared their daily prayer of thanks,” she on her Twitter page.

Madonna, 62 jetted into Kenya from Blantyre, Malawi where she took part in various charitable works including the Jacaranda School for Orphans, and also commissioned a dance academy, Madame X Dance Studio.

While in Samburu, the American singer seized the opportunity to mingle with locals while the warriors engaging in a singing and dancing ceremony to attract the attention of females.

Madonna also asked for marriage advice from the local women who gathered to watch the warriors dance, noting that she still has one shot at courtship.

“What is the secret of the success of your marriage, so that I can get it right this time, I have one more chance,” the two-time divorcee said. 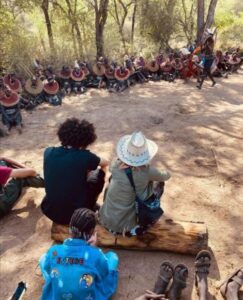 Responding to her question, one of the women said: “My marriage is strong because we gave birth to children with my husband and we also have a big house, there are also many things that make it successful.”

While touring the region, Madonna was treated to spectacular views of the vast Baringo valley and snaking rivers of Perkerra, Molo, and Ol Arabel.

This is the second time the pop star is touring the country. In 2016 Madonna toured Kenya courtesy of her charity organization such as Shining Hope for Communities, and lend her support for the Beyond Zero campaign.

In the visit, Madonna also cautioned locals in failing to wear a facemask despite the global battling the Covid-19 pandemic.